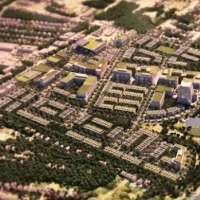 A 72-acre piece of land on Mississauga's waterfront is set to be reborn as a mixed-use development consisting of housing, retail and a new waterfront park.

The former industrial property, vacant for almost three decades and located at 70 Mississauga Road South in Port Credit, was sold by Imperial Oil Ltd. to a real estate consortium called the West Village Partners in 2016.

On Monday, the consortium revealed its plans for the development they call "West Village," which they describe as a "vibrant and diverse waterfront community where people can live, work, and play" within walking distance of the Port Credit GO station.

The new development will include:

The West Village plan also includes a proposed community centre built in partnership with the YMCA, as well as a "pedestrian network," bike routes, and a promenade that cuts through the site.

Housing will include affordable units

Mississauga Mayor Bonnie Crombie called the plan "exciting." She said the new housing — which could be home to some 5,000 people — represents a way for middle-class families to live close to where they work.

The new development will have an affordable housing component, according to West Village Partners builder Frank Giannone, who said a section of rental units will be given to the city to rent out.

Giannone, president of Fram Building Group, also said that a number of the new buildings will feature a smaller-than-average unit sizes to keep prices down for "first timers and young people." 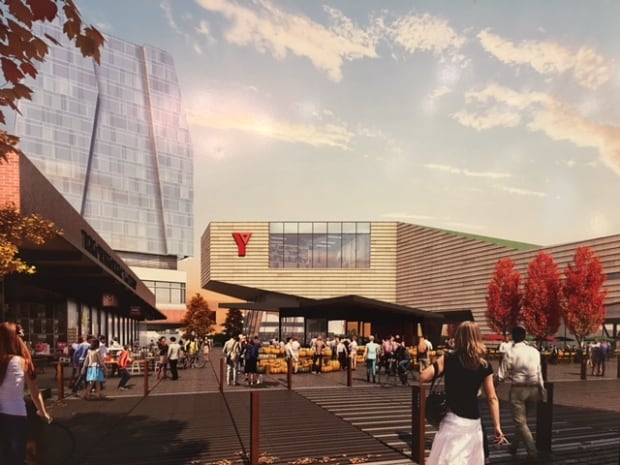 A community centre is one component of the development, along with bike lanes, green corridors, and play spaces. (West Village Partners)

The West Village Partners plan is in line with ideas proposed by the City of Mississauga for the site. Those ideas were released in 2015, following years of meetings and community consultation. The city at that time said it wanted a "lakefront urban neighbourhood of landscapes, meeting places, living, working… and drawing people to the water's edge to play."

Former Mississauga mayor Hazel McCallion was on hand for the unveiling of the plan. She said she was "delighted" to see that talks that began during her tenure around what to do with the waterfront had "come into fruition."

The design for 70 Mississauga Road South is just one piece of a larger movement to rejuvenate Mississauga's waterfront.

To the east, construction has kicked off on a "green oasis" on the site of the now demolished Lakeview Generating Station.

The plan is to build 64 acres of new conservation land, using landfill from other construction projects, and a 300-acre "complete community" of homes, businesses, and cultural and education spaces.

Across the Credit River, a piece of property currently owned by the Canada Lands Corporation at 1 Port Street East is also on deck to be redeveloped, with Crombie estimating that it should be ready for development in about 5 years. 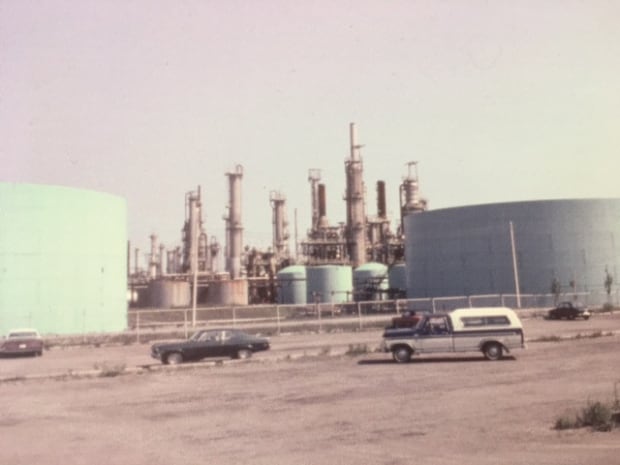 An archival photo of an oil refinery on the site in 1980. Before the early 1930s, the land was home to a brickworks. (Port Credit Development)

It will take that long before early stages of West Village are completed.

First, the developers need to spend about two years cleaning up the former industrial land, which was a brickworks before becoming an oil refinery in the early 1930s.

If they get the approvals they need, West Village Partners anticipates beginning construction in 2019.

*Headline Photo: A rendering of what developers call 'West Village,' a development on the Port Credit waterfront. It will include 2,500 housing units, parks and commercial space. (West Village Partners)